Video Series: The State of the Insurance Industry

In this brand new video series from Levvel, our industry experts discuss the disruption happening in the insurance industry, common pain points, and the opportunities for established insurance companies to modernize and level the playing field. We’ll share relevant stories from the field and how we’ve helped national insurers overcome their biggest challenges.

Over the coming weeks, new episodes will be released around the technological issues established insurance companies are facing, as well as the direct impact legacy-system reliance has on business success.

Episode 1: Why Established Insurance Companies Are Being Forced to Modernize

Chris Hart: There’s a couple of reasons. So one reason is that the cost of the legacy technology that many of these established companies have is just too great, and the cost comes through in the cost of innovating and providing new products. The costs come through in the operational sense of actually keeping this legacy technology alive and working correctly, and it also is a competitive cost because the more legacy technology you have, the more that creates a barrier that innovative new companies don’t have to overcome when they’re trying to do something competitive in your space.

And so I think as the cost and difficulty of entry is going down for new competitors who are coming into the space and as well established companies, the more time goes by the more they have of this legacy technology, the more of a burden it becomes if it goes unresolved.

So all of those factors I think are contributing to why established insurance companies are looking to make change or feel the pressure to make change.

I think there’s another factor, which is that the availability of these new technologies can really help insurance companies serve their customers in really innovative ways that provide both a better experience for the customer, but also help the actual insurance business itself.

And so you think about some of these more, what may be viewed as extreme use cases, but they’re not extreme use cases, the idea of being able to use drones to capture video from locations where you’re looking at property or you’re looking at a particular area and you want to be able to capture that video and analyze it. That would’ve sounded extreme a few years ago, but now the technology exists for that.

You have to have the capability within your organization to take advantage of those enabling kind of capabilities or technologies to be successful with them now.

One specific example from a client that we were working with was for a very specific kind of insurance policy for high net worth individuals. And for this group of clients, they wanted to be able to provide a really robust, web-based, much more transactional kind of capability to interact with their policies. And because of the unique nature of this type of insurance, this was something that was very difficult for them to just buy something off the shelf.

So they couldn’t really find something just commercially available to solve this problem. At the same time, they had a lot of legacy technology in the insurance core that they were using and so creating a layer of integration and of a digital web presence for them to be able to do this was really critical for them to be successful.

I think it highlights why having digital capabilities within your organization is so important and the fact that you can’t rely on off the shelf technology in every case to solve these problems.

David Antoline: There are a few reasons that we’re seeing established insurance companies be forced to modernize in order to stay competitive in the market. One of those reasons is that they’re really being driven by a whole new batch of insurtechs.

Many of those are hyper-focused in certain areas and for the most part, customer experience is held at a premium with those companies. And so it’s driving customer expectations upward, and we’re seeing interesting results in the established market because of that.

Maurice Walker: What customers are looking for are lower costs, as well as ease of use. They’re either looking for easier ways to acquire insurance, all the way down to administration of claims, and even as far as keeping the insurance up to date. So as a result of it, a lot of these traditional companies would have to get to a point where they could meet that need.

The startups are introducing a new way of actually providing insurance. They have very low costs and it’s due to the fact that they have a very streamlined workflow. They don’t have agents, they don’t have call centers. So as a result, they’re able to provide a lower price point, and the way they do that is also by leveraging new technologies like blockchain or internet of things.

David Antoline: One of our customers was faced with the challenge of trying to improve end-user experience, to compete with some of the newer companies that had hit the market. And when they looked at the process for doing that, where they started running into issues was with some inefficiencies in their team structure, inefficiencies from an infrastructure standpoint in how data was processed, and ultimately their ability to quickly churn out end-user features at a rate that would keep pace with expectations at the customer level.

And so, we’re seeing a lot of companies that are struggling with this shift, where they see the writing on the wall, and it becomes pretty clear as to what needs to be done to compete, but the amount of time, and in some cases, the amount of costs that they incur to move this giant ship from left to right in order to make that happen, can be difficult.

Join Levvel and Centene Corporation experts for a webinar on insights gained from our 2020 Insurance Executive Report. In this webinar, we will discuss the top challenges of insurance providers today, insights discovered through our research, and ways to benchmark your organization against the industry.

Chris Hart: One of the major pain points that many insurance companies face is around the operational, and in particular, cybersecurity threats that come from legacy technology. When you think about technology that’s been around for 10, 20 or 30 years, not only is it expensive to maintain, not only is it operationally risky because you increasingly need to find a workforce that’s hard to find to manage that environment, they often also have a lot of cybersecurity risks attached to them.

You think about the risk that gets posed by technology that is literally unpatchable. They have security vulnerabilities that are well known, they have vulnerabilities that have absolutely been used in the wild for attacks in production systems. And they’re sitting latent in your environment without a way to really fix them because you’re running on an older version of an operating system, you’re running on an older application runtime, you’re running on older application frameworks that were used to develop that software for which there is literally no upgrade path. You can never fix that vulnerability without fundamentally changing that technology.

Absolutely the right time to have fixed problems with platforms that have vulnerabilities is the day that they had the vulnerability, but the next best time is absolutely today. The problem will not get any better by waiting another year. And while that can be challenging when you have other business priorities that you want to go attack, there absolutely is a case to be made for dealing with those challenges now before the problem gets more expensive to solve next year, or worse yet, before you have some kind of an event attached to that vulnerability that is absolutely avoidable if you deal with it now.

David Antoline: There are some pretty serious pain points that most established companies run into in trying to keep pace. And a lot of those just have to do with how they’ve done business to date, how they’ve done IT to date, and some of the requirements, frankly, of moving into this new world. One of those can generally be described as legacy modernization, right? It’s this idea of trying to modernize infrastructure when you’ve built an entire process around a delivery model that is no longer sustainable.

And this is a really difficult thing for companies to go through. In some cases you’re looking at sunk cost fallacy and a desire to hold on to on-prem resources as opposed to going to the cloud, simply because they exist. In other cases it becomes more structural. It can be cultural where design thinking just doesn’t exist within the organization and yet there’s clearly a push to focus on end user experience, to focus on the functions and the features that are being created, and what that means for the end user as opposed to simply a “data project” or simply an infrastructure project.

And this need to cross teams and to cross silos that previously existed, and frankly, the need for cross-functional teams in order to deliver some of these projects can be a really big shift for legacy companies that haven’t thought that way ever or at the very least in a long time. We see it all the time where you may have one group, let’s say it’s the DevOps group, that is purely locked in on a strategy that allows software to move from left to right more quickly.

And this can be really exciting and a lot of progress can be made in a short amount of time with people that are motivated to do this. But the problem sometimes arises, and we’ve had customers run into this, where if the infrastructure team isn’t on board with those sets of changes and all of a sudden you have tool sets and you have software components that aren’t being used by their teams, you can hit roadblocks along the way that really stunt growth in that area.

Episode 3 will be released shortly. Check back soon!

See more from our experts: 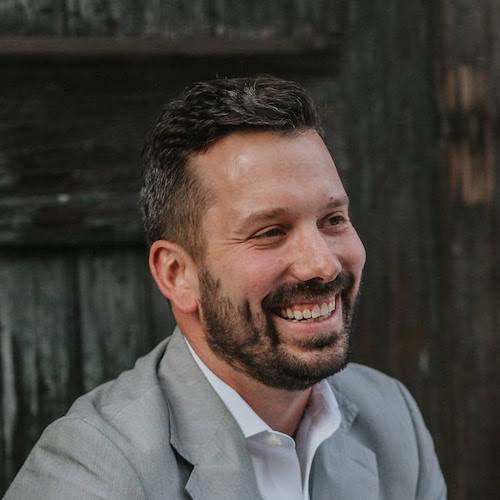 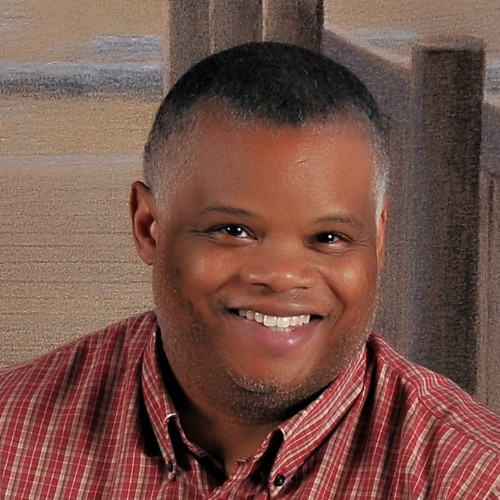 Chris has more than 15 years of technology leadership experience with a specialized focus on financial technology solutions in the consumer, commercial and wealth management space. He has led software development, infrastructure, and QA organizations at multiple Fortune 100 companies and also helped grow and launch a number of early-stage technology companies. Chris’s technical expertise, startup experience, and global program management background enables our ability to support a wide range of clients at all stages of transformation.

Maurice Walker is a Director at Levvel. He has advised global corporations on how to maximize business value by capturing and leveraging actionable data to increase revenues, enhance the customer experience, and/or reduce operational experiences and time to market. This is accomplished by engaging various aspects of the business and technology organizations to provide and effective business case, and managed the entire process from solution-building, legal and financial modeling, as well as delivery management. Maurice currently lives in Kennesaw, GA with his wife, Chantel, and is the father of two sons—Marcus and Malcolm.

This report highlights the symptoms of outdated legacy systems for organizations, and offers vital business solutions and strategies on legacy modernization and improving business success.

Southern Fried Agile hosted its annual Agile-focused conference in Charlotte, NC, to bring together the Agile community. Organizations struggle to adopt Agile; however, it’s important to understand and adapt to become a better business.

Data can be easily transferred, but how can we successfully communicate another person’s feelings through user research? What is the best way to communicate our user’s journey? The answer starts with empathy and storytelling.